Jesus And The Jerks
by Jon Walker

“But God demonstrates his own love toward us, in that while we were yet sinners, Christ died for us.” (Romans 5:8 NIV)

Jerk: A person regarded as disagreeable, contemptible, especially as the result of foolish or mean behavior.

One of the biggest jerks I ever knew was a 23-year-old college graduate whose anger and arrogance spilled into many of his relationships. His hypocrisy was astounding – one moment he claimed to be a Christian and the next he acted like a son of hell. If it had been my choice, I would have avoided him all together – but since that jerk was me, I was stuck being around him!

Most of us try to avoid jerks. We pat ourselves on the back for not telling them off. We applaud ourselves for putting up with them. We remind ourselves everybody has a cross to bear, and so we grudgingly accept certain jerks as our divinely ordained burden.

But is that what we’re called to do?

Jesus embraced jerks; he graced them with love – while stilling telling them the truth in love. Now he had no qualms about pointing out a whitewashed tomb when he saw one, but the corporate evil of the Pharisees was a far more serious matter than mere human jerkiness.

The point is this: Jesus didn’t shelter himself from the pain and heartache caused by jerks. In fact, he voluntarily stretched out his arms on the cross and allowed several jerks to slam nails into his hands and feet.

Behind all their stomp and snort, jerks are still spiritual beings, created in God’s image and destined for heaven or hell. We’re compelled to be ministers of reconciliation, willing to embrace the pain of a fallen world for the sake of our God. (2 Corinthians 5:16-21)

The heart of the gospel is that God loves the unlovely. Could it be that the jerks God places in our lives are there to teach us to be more like Christ, to teach us the God-like quality of loving the unlovely?

Most of us take for granted the incredible change God initiated in our own lives: We were once jerks to God, yet even while we were still jerks, Christ died for us!

Jerks are never easy to embrace. If it were easy to love everyone, then Christ need not have died; we could love them on our own. But in order to embrace the jerks in our life, we need the Life of Christ within us so that, as new creations, we can overwhelm jerks with God’s grace, showing them the only power that will stop them from stumbling in the darkness, teaching them to cling to the only thing able to move them from being jerks to being Jesus-followers.

· Jesus loves jerks too – Even the most difficult people are spiritual beings in need of Christ.

· Jesus transforms you – Jesus can use the “jerks” in your life to transform you into a more Christ-like believer. Is it possible that the “jerk” who annoys you is God’s instrument to show you areas where you should grow, areas where you have difficulty loving unconditionally, the way that Christ loves you?

· God’s plan for you – If God allows a difficult person in your life, consider that he may want you to (1) pray for them and (2) show them by your own example how much God loves them, regardless of their behavior.

· Your mission – Who in your life seems disagreeable, contemptible, foolish, or mean? How would God have you approach them from now on? What can you do today to show them the love of Christ? 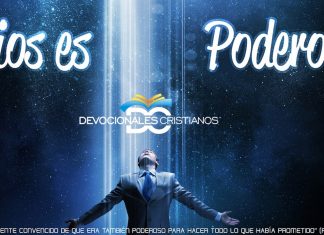