«You will find a baby lying in a manger, wrapped snugly in strips of cloth!» … They ran to the village … and there was the baby, lying in the manger. (Luke 2:12,16 NLT)

If we believe what we say we believe, then when God says it is so – it is so. Yet we often doubt.

How would we live differently each day if we followed this sequence: When God says it, we know it is true, and when we follow what we are told, we see that God’s promise was true.

If we could just stop slipping and sliding in our faith, I think we’d be radically different!

Now, before you put on your «believe harder» hat, rest in God’s grace, knowing that he wants you to succeed at hearing what he says and at doing what he wants you to do. So he’s not tapping his foot, ready to reprimand you; rather, he’s walking on the water, encouraging you to step out of the boat!

What does this mean?

· Do what you know God wants you to do – We get so caught up in wanting to know a specific answer. You know the joke, «I wish I could turn to a verse in the Bible and it said, ‘Jon, take this job and turn the other one down.'» But here’s the thing: There are lots of things God wants us to do that are very clearly explained in the Bible. Like staying in a prayer conversation with him or touching the people around you with a sacrificial love. Start doing those and watch as God tells you the rest.

· Trust God is working it out – Think you made a mistake? Think you missed his direction or that you were distracted when the angel came with the newsí Trust God that he is working it all out and will still use you for his purposes. 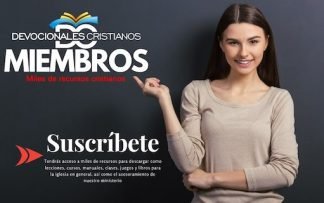